Mission Ceviche believes in bringing people together in vibrant and dynamic venues to create lasting memories over satiated stomachs. Led by co-founders and owners, Chef Jose Luis Chavez and Brice Mastroluca, the team is dedicated to using the freshest ingredients and a modern take on classic culinary techniques to showcase the flavors and dishes of Peru. The menus are designed to be as varied as the cultures and ecosystems of Peru, as diverse and exciting as New York, and as globally relevant as the team preparing and serving the food and drinks.

Peruvian cuisine is as diverse as its environment – an immense Pacific coast crashing against the mirage of the desert, leading up to some of the tallest peaks in the Andes mountains, and then falling back down into the dense, lush Amazon. Over centuries, the original inhabitants of Peru and their vast civilizations created an array of dishes from this tremendous biodiversity and the cuisine has continued to evolve with the myriad of cultures who have come to call the country home – Spanish, Japanese, Chinese, African, and others.

Chef Jose Luis Chavez designed Mission Ceviche in homage to the Peruvian tradition of gathering together over exquisite meals, sharing food and drinks, while making memories. The dishes are meant to be communal and the staff will be happy to guide you through the dining and beverage experience – transitioning from cold to warm in an explosion of flavors, textures, and sensations.

Since his childhood, Chef Jose Luis Chavez has had an almost insatiable desire for adventure and vigor for life. After graduating from high school, he made a few attempts at pursuing university, but ultimately required a different pace that led him to the culinary world. It was at a restaurant in Merida, Venezuela, where he was raised high in the Andes, that he first made his way into a kitchen.

Within a year, he was traveling to Peru, the land of his father, who originates from Rioja, San Martin, a region of the jungle. During that time, not only did he commence culinary school, but he moved in with his family and discovered the joy of shared meals over platters of ceviche and other delicious food. Over five years of living in Peru, Chef Jose Luis graduated from culinary school, worked in a myriad of restaurants in and out of Lima, and had his first foray into entrepreneurship. He was privileged to travel the country extensively, exploring the depth of Peruvian cuisine and the mysteries of its cultural history and living environments.

Since moving to the United States, Chef Jose Luis has returned to Peru various times, continuing to seek inspiration from and connection to the land of his ancestors and the source of his vocation. While there, you can find him anywhere from slurping down a chupe in the market in Surquillo, and surfing Lima’s Costa Verde to traveling to the North for fabulous Arroz con Pato or eating in one of the Top 50 best restaurants in the world.

While continuing to discover the countries and cuisines of the world from New York, Chef Jose Luis remains deeply connected to Peru and Venezuela. He works with other chefs and restaurateurs to support underprivileged communities and has led a number of global fundraising initiatives. He also mentors underprivileged young people with the dream of becoming chefs themselves. Importantly, he continues on his own trajectory of learning and evolution.

Born and raised in the French Alps to an Italian father and French mother, Brice studied culinary and restaurant management at one of France’s most prestigious hospitality management schools. From Morton’s, China White, and Momo’s of London to Opia, and Jean George’s The Mark of New York, Brice has 20+ years of industry experience in fine dining establishments having served as a chef, sommelier, mixologist, and general manager.

Although he has lived in and worked at some of the world’s busiest metropolises and immensely successful restaurants, Brice is grounded in a deep connection to spirituality and nature. He believes in positive energy and is a mission-driven entrepreneur at heart who dreams of reaching people through the consumption of healthy cuisine. During his experiences in New York and Miami, Brice has initiated a few ventures connecting a healthy lifestyle to fast casual cuisine.

In Spring 2015, Brice and Chef Jose Luis traveled to France during the Cannes Film Festival, where he observed attendees marveling over how the ceviches and tiraditos being served could be both spectacularly presented and healthy. Subsequently, through various trips traveling with Chef Jose Luis through Peru, Brice discovered a perfect match for his personal passions in the depth of spirituality and deep respect for the environment that is inherent in Peru’s indigenous cultures and alive in its modern narrative. Within two months of their trip to France, Brice found an open booth in the Gansevoort Market of New York’s Meatpacking District and quickly convinced Chef Jose Luis to start what would become the first Mission Ceviche, beginning a new chapter in his lifelong dream of serving delectable and healthy food.

Ready to try the best ceviche in NYC?

Insider said Mission Ceviche makes “New York City’s favorite ceviche” and the restaurant has been listed among the best by NYC Go, Eater, Foursquare, and City Guide. The company has been featured in national and international publications including CBS, the New York Post, NY1, and the Food Channel. The Mission Ceviche team has represented Peruvian Cuisine at the prestigious Food & Wine Festivals in New York City and Aspen, the James Beard Foundation, and the Food Network.

After garnering significant media attention, the team represented Peru at the 2018 Food Wine Classic in Aspen, Colorado. Mission Ceviche’s food was hailed as one of the most creative and compelling offerings of the weekend, serving standout dishes like Lobster Quinotto, Octopus Anticuchos, Tuna Nikkei, and Northern Duck. Additionally, Chef Jose Luis created the menu for the 30th Anniversary of the prestigious Food & Wine’s Best New Chefs dinner on the top of Aspen Mountain. 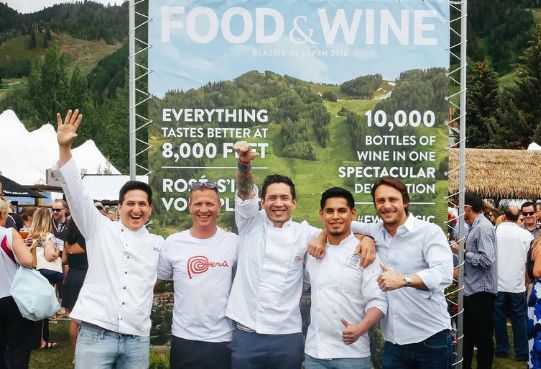